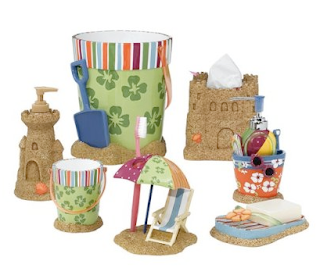 Yesterday after laying in bed sick until noon I decided I couldn’t watch another second of television or riffle through one more magazine. I washed the sheets and blankets, ran a load of laundry and dusted the furniture. I was itchy to get out of the house for awhile and long overdue for a trip to the grocery store, so I grabbed my reusable bags and headed to the store.

Along the way I decided to stop off at Marshalls and Target in search of two very specific items. I’ve been dreaming about buying a small set of ramekins for a couple of months now. Every once in awhile I come across a recipe that requires them to make individual portion sizes and I’ve been dying to make a new recipe for individual chicken pot pies. I was also in search of soft but relatively inexpensive washcloths. I wasn’t in urgent need of either item, but I didn’t feel up to doing much else that afternoon, so I stopped off in search of them.

I will be the first to admit that almost none of the towels in our home match. I’ve bought matching towels in the past but inevitably we use them to wipe up water in the basement or a spill in the house. Ultimately, they get grungy and dirty and I end up replacing a couple of the towels with new ones that don’t match the originals. I’ve tried purchasing white towels and bleaching them, but so far that hasn’t seemed to work for me either.

I started my search at Marshalls, but they didn’t have one single ramekin in sight. I know I’ve seen them there before, but yesterday I was simply out of luck. They did have a ton of super soft washcloths in stock, but I decided to search for cheaper prices at Target before making a decision. The stores are right next to each other, so I stepped out of the door to Marshalls and into the door of Target.

I started off strong in Target. I went right to the kitchen isle in search of ramekins. The ramekins were more expensive then I expected, so I decided to hold off on the purchase. I also chose not to look around or search the clearance isles because I knew I’d buy things I really don’t need. It helped that I still didn’t feel much like myself that afternoon and certainly didn’t want to wander aimlessly around Target for hours.

I headed straight from the kitchen area to the bath section, where I found a very pretty bundle of washcloths. Unfortunately, or fortunately, depending on how you look at it, I also found the cutest and strangest bathroom trashcan. It’s in the picture above. It’s shaped like a child’s bucket, complete with sand and sand shovel. I don’t know why but I was drawn to that trash can. It was marked down to just over $5, down from $20, and I knew it would look adorable in the beach house.

So I strolled out of Target with a unnecessary, but very funky trashcan and a set of 10 washcloths. I’m typically very good about sticking to my shopping lists, but every once in awhile I purchase something unexpected. I know we really don’t need a new trash can for the beach, but yesterday I simply couldn’t resist the purchase.

« Previous Post: I Must Remember to Pack Snacks in the Car
Next Post: Tuesday Night Link Love »