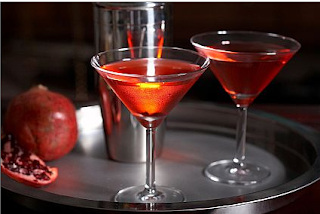 Last Friday night I drove a long time friend of mine down to the beach for an extended weekend. Shortly after hitting the road she informed me that she is in the process of separating from her husband. I’ve known of her unhappiness for quite awhile now, so I wasn’t surprised by the news, but I was surprised by how difficult it was for her to voice her thoughts and concerns.

We talked about the separation on the way down to the beach and the next day as we took a short walk along beside the waves, but I could tell it was still hard for her to freely open up about the situation. On Sunday night we headed out to a restaurant where we sipped our fair share of pomegranate sangria and martinis. $45 later the floodgates opened and she finally let her thoughts and feelings flow.

I know it’s hard for her to talk about her separation. For the most part I just listened. I think that’s what good friends do. I don’t think she needs input at this point. She just needs someone to listen without judgement. I wish her all the best in the world. It’s difficult to close one chapter of your life and begin another.

As we chatted I couldn’t stop thinking about this line from ‘Just Married,’ a corny movie starring Ashton Kutcher. In the movie Ashton’s on-screen father says, “Some days your mother and me loved each other. Other days we had to work at it. You never see the hard days in a photo album… but those are the ones that get you from one happy snapshot to the next.“